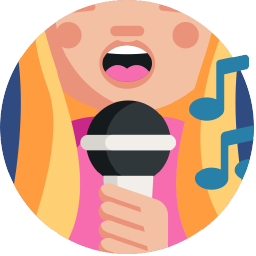 I'm shovin' off like an ocean liner
No one can rock the microphone finer
East, west, north, South Carolina
Alex and Vivian chillin' at Mel's Diner
Off to China 'cause I got a show there
Get my passport, then I'm gonna go there
Who do I know there? I guess no one
But I will have fun and I get the job done
On the airplane, movin' like the Concord
Come and join me, everybody on board
You won't be bored with the stuff I'm pickin' up
Watch me quicken up and with the pace, I pick it up
Pick up the pace

Second verse and never cursin'
Rockin' the microphone with the style that I'm reherasin'
In person, that means liver
Swimmin' and slimmin' just like a deep sea diver
I'll arrive, uh, just to go faster
Grab the microphone and show that I am the master
Of disaster, cookin' up a potion
With the funky rhymes to put the people into motion
Of the ocean, movin' like the water
Here's the menu, go place your order
It's a slaughter, a felony of chatter
And pickin' up the pace is the subject matter

Oh yes, I pick up the pace
Take a look at the crowd and take a look at my face
Listen to my rhyme and listen to them yell
It's like a man in jail gettin' out of the cell
I don't why they go by
Weak names and swear that they're so fly
They gotta try it again to rock the mic my friend
Go from A to Z and from beginning to end
Now I could go slower, like the other guys do
But I ain't with it, that's what I'm tellin' you
I think it's kind of stupid, I think it's a disgrace
Instead of going slow they should be pickin' up the pace
Like this
Rock and roller
Coca Cola
Hot like soda
Rollin' like a boulder
Dancin', prancin', mic enhancin'
Just give me a chance, and girls, I'm romancin'
Understand it, underhanded
Leavin' you stranded, runnin' like a bandit
Yo, young money, in my hands you're putty
I'm pickin' up the pace and rockin' the mic
Yeah, buddy

Pick up the pace 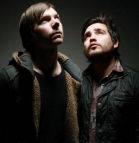 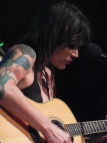 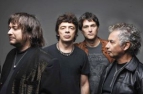 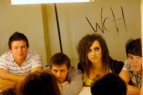